Determining whether the decrease of flow rates in natural springs within an environmental protected area was caused by lower-than-average multi-year precipitation or by Industrial Water wells. 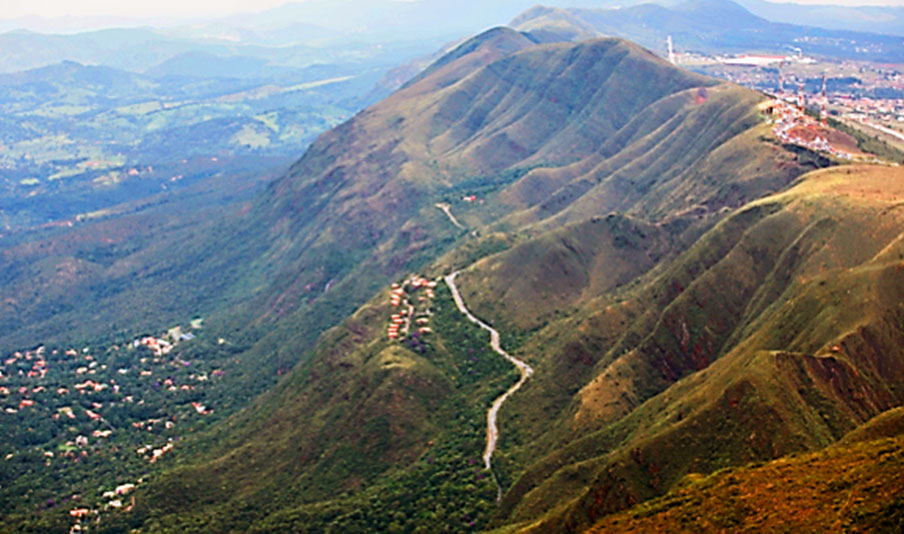 To determine whether the decrease of flow rates in natural springs within an environmentally protected area was caused by lower-than-average multi-year precipitation or by Industrial Water wells.

The aquifer’s hydrodynamic parameters were determined, and the results showed that the combined drawdown cone resulting from pumping the three wells simultaneously was fairly restricted to the area where the wells are located, with no direct interference in the springs. The long term monitoring of all wells demonstrated that the groundwater divide did not change, indicating that the drying up of the springs was a consequence of the lower than usual precipitation rates that occurred in the previous three years. That was corroborated by the fact that as the precipitation rate during the monitored year was closer to average rates, groundwater levels went up and spring flow rates recovered.

Understanding the Causes of Variations of Flow Rates in Natural Springs

The Serra da Moeda natural conservation area was created by the State of Minas Gerais in Brazil, as it is the birthplace of many streams and rivers that form the main water supply source for the 6 million inhabitants of the metropolitan area of Belo Horizonte. Surrounding the conservation area there are many mining companies as well as some industrial plants.

During the three year period from 2014 to 2017, there was a significant decrease in the precipitation rate in the region, causing a significant reduction in the river flow rates and in groundwater levels. Two natural springs, which form some touristic water falls and are the only water source for local communities dried up during this period and the community saw an immediate correlation between this event and the operation of some water supply wells operated by a well known beverage company located nearby, on the other side of the mountain range. A thorough investigation was started by the company to understand the situation and ensure its business was operating in a sustainable way. After a two-year investigation it was demonstrated that the cause for the reduction in the flow rates was the lower-than-average precipitation rates and that the water supply wells did not affect the springs.

With the effects of climate change becoming more visible, this potential water conflict situation will occur more often, and it is important for large water users to establish long term monitoring programs in order to be ready to respond to claims raised by the community.

Why was the projected commissioned?

The client was required by the State government body to assess and demonstrate whether pumping the wells was having any adverse effect on the springs.

Where did it take place and when?

The study was conducted in a municipality to the south of Belo Horizonte, in the State of Minas Gerais, Brazil, in 2017/2018.

How were Van Essen Instruments involved?

Divers were used to monitor the water level of both pumping and observation wells.

What VEI products did you use to complete this project?

What made that project impactful? (what were the main results?)

The study was developed over two years, in two phases: in the first phase, a field survey (with the recording of more than 40 springs) and the collection and analysis of existing information (monitoring data from different sources) was carried out. After compiling and analyzing the data a technical report with recommendations was delivered. The second phase included hydrochemical monitoring, structural detail mapping and pumping tests using Divers. With the data collected, the conceptual model was revised, and a hydrogeological numerical model was constructed.

Why did you choose Van Essen Instruments for this project?

The installation and use of Divers allowed the water level monitoring to happen simultaneously in the wells which were used during the tests. Presenting an incomparable measurement sensitivity to any manual method, the Divers were programmed at 1-minute intervals, achieving minute accuracy.